Director of CISS, Kim Guldstrand Larsen, has been named among the foreign experts who are to advice the Chinese government on digitization. On 25 January, he will be meeting with Chinese Premier Li Keqiang in order to offer his insight into how digitization and smart systems may support the country’s future development.

A population numbering 1.4 billion, an exploding old-age dependency ration as a result of the country’s long-time one-child policy and an urgent need to bring down air pollution in major cities. These are just a few of the reasons that China has set its technological focus on digitization and intelligent systems as the solution for its immediate challenges.

Due to his status as one of the world’s leading experts within cyber-physical systems, including modelling and testing embedded software systems, Kim Guldstrand Larsen of Aalborg University (AAU) has been appointed as Distinguished Professor and Foreign Expert under China’s 1000 Talents Plan. This plan aims to attract Chinese and international experts capable of facilitating new technological breakthroughs.

China is currently in the process of implementing a number of safety-critical systems that pose a risk for human or material damages if they fail.

– Through the software tool UPPAAL, which I have contributed to developing, we will be able to help the Chinese researchers create an exact model of these systems. This will let us test and plan how to design and place large, connected systems such as a network of charging stations for electric cars in Beijing, and how single units such as pacemakers, drones or autonomous cars may function under different conditions. In this way, we can optimize the functionality of the systems and minimize the risk of error or system failure, Professor Kim Guldstrand Larsen says.

Collaboration with the Chinese research environment

On 25 January, Kim Guldstrand Larsen will be participating in a national meeting in Chinas Great Hall of the People in Beijing. At this meeting, the Chinese Premier Li Kequiang and the Chinese minister of research and technology will participate. They have invited a group of selected international experts to discuss China’s possibilites and challenges.

The national meeting is the starting point for a five-year collaboration between Kim Guldstrand Larsen and the Chinese Northeastern University. He will be visiting the Chinese research environment regularly over the next five years, either in connection with concrete research collaborations or in advisory positions at conferences on the digitzation of the big country.

Northeastern University has just opened a center for Smart Systems with 100 PhD students who all perform research in industrial processes and technologies including AI, drones and autonomous cars.

– It figures that these technologies will be implemented at an enormous scale in the Chinese context, and in this connection, AAU will be able to help them on both the basic design and later upscaling of their systems, enabling them to handle the requirements placed by enormous amounts of data and millions of users, says Kim Guldstrand Larsen. 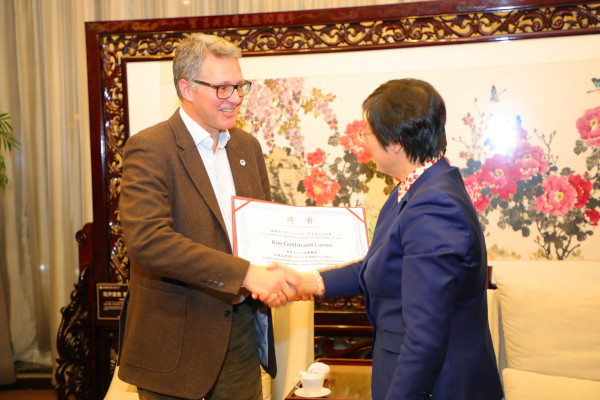 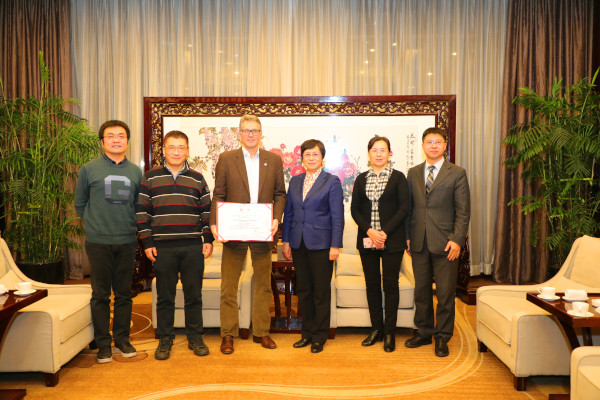