The Dit Hus/HomePort project (2008-2012) was about establishing possibilities for intelligent control of the energy consumption in private homes through the development of a prototype for a so called ‘home port’.

This port establishes access to coordinated control of the different subsystems in a private home for control and surveillance of energy consumption etc.

Key concepts in the project are coexistence of different technologies controlled through a common service layer in a private house.

The purpose of this coexistence is to create interoperability between the different technologies such that energy consumption can be lowered and consequently lowering the pollution of the environment.

Home-port is middleware that enables home automation applications to be developed on top of an Internet service layer. Seen from applications, devices from independent suppliers are presented in an uniform manner. Home- port translates from low level wireless or wired end-device protocols to services that are accessed by conventional service calls on the Internet.

Intelligent end-devices are likely to become increasingly inexpensive, thus home automation has a potential to make homes more comfortable, safer, and not least more energy efficient at an affordable cost. It may even be the case that energy savings pay back the investment; but in order to make home automation really widespread, applications and end-devices must be easy to set up and get operational.

The ideal situation is that consumers can get applications from the Internet and install them on available control computers, for instance on smart phones, smart TVs or on dedicated home control systems. The applications will then through the local net find out exactly what relevant end-devices are installed, connect to them and start operating.

Also, installing new end-devices should not involve complicated software reconfiguration. The electrician or even the consumer, when permitted by safety regulations, should be able to mount the device and with simple means make it available as a service on the local net.

Home-port software is a solution in the form of a meta-protocol that bridges the gap between end-devices and application level services. End-devices are connected through low power wireless technology protocols, power line protocols etc. These protocols are by Home-port translated to service calls on Home-port devices at the application side.

There is particular focus on intelligent auto-configuration that minimizes the need for user setup.

Since devices are handled on the Internet, security measures are implemented so that only applications with appropriate permissions operate sensitive end-devices. Furthermore, Home-port logs operations, so it is feasible to investigate recent scenarios from the operation of the system.

For end-device manufacturers, the advantage of using a Home-port solution is that their devices can fit to existing applications. They can focus on designing and producing improved devices.

For home automation application developers, the dual benefit is that they can work with many different end-devices and that they can distribute their products either as software or as control boxes with many opportunities for upgrading. 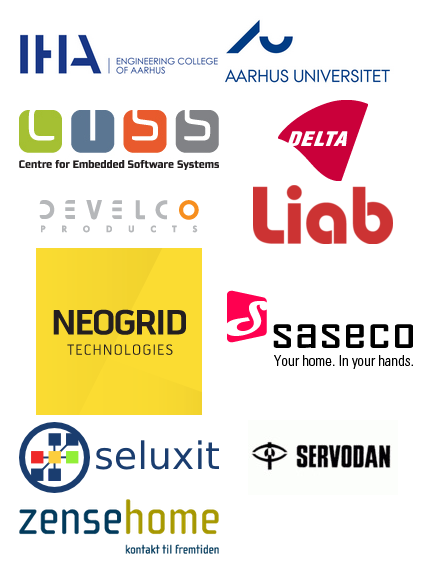 The HomePort software is available under an open source licence from github: