About the Software Corridor

The Software Corridor had a total budget of DKK 8 million and was funded by a grant of DKK 6 million kr .from The European Regional Development Fund through the Danish Regions. The project was inaugurated September 2008 and ran until 2012. The project partners were Center for Embedded Software Systems (CISS) at Aalborg University, The Alexandra Institute and Center for Software Innovation.

The aim of the project was to create a National Software Corridor based on competences wrt. research, innovation, education and business in the western part of Denmark.

Initially, the corridor will consist of project sites in Århus, Aalborg and Sønderborg. In addition to this, sites will be established in selected cities that host relevant educations. However, the funding of the extensions is not part of the project.

The Software Conrridor aimed to include further development of accredited lifelong learning initiatives for the business community and also stimulate knowledge transfer with companies through dissemination activities. Furthermore, innovation activities were initiated through a number of development projects using distributed collaboration facilities.

The Software Corridor was funded by: 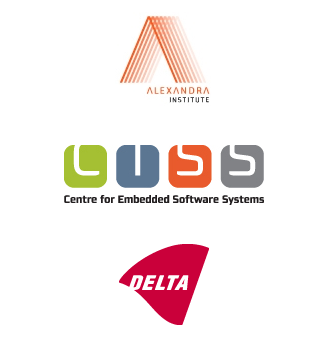 The Software Corridor and InfinIT jointly established The Energy Aware House exhibit for the Bright Green Expo in Forum, Copenhagen, December 12 to 13 2009. Subsequently, the exhibit was shown at the Danish Ministry for Science Technology and Innovation in Copenhagen and at the NOVI Science Park in Aalborg, as well as at the E-10 – Denmark’s biggest electronics trade fair.

Read about the exhibit here:

Why The Energy Aware House